Are You Looking For Russian Translation Services In Dubai ?

First question what comes to mind why Russian nationals need translation services of Russian Legal English Translation in Dubai ? Here is the reason, Russian nationals are doing great business in Dubai since late 1970, they are contributing huge share in Dubai national wealth. One of the successful businessman of Russia named Farkhad Akhmedov is living and growing his business in Dubai, UAE. There are so many real life examples like Farkhad Akhmedove, to know more about him click here

On daily basic successful businesses or individuals like Farkhad Akhmedove needs legal documents to be translated from Russian to English or Russian to Arabic language. This is where our services come to place. We not only translate normal travel documents but also provides Legal Translation Services. 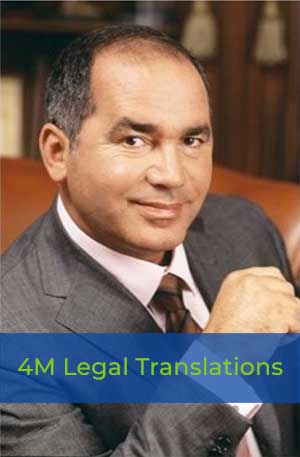 The difficulty of translating documents from Arabic into English or Russian is that, the Arabs write in ligature from right to left, while indicating only consonant sounds in the letter. An Arabic translator is faced with the problem of correctly reading a word and choosing vowels.

Correct translation of a document from Russian

Only an experienced and qualified translator with a high level of linguistic knowledge and extensive translation practice can correctly translate a document from Russian to English or Arabic. All of our Arabic translators are specialists with higher linguistic education, many of whom are certified and accredited as professional linguists.

The modern Arab East and Russia are partners in various fields of science and culture. 4M Legal Translation Dubai translates documents and texts of technical, medical and legal directions from Russian to English and Arabic.

Arabic is the fourth largest language in the world in terms of the number of countries where it is spoken. Classical Arabic, also called Literary Arabic, is used primarily in writing and among educated Arabs, and it is Classical Arabic that is used as one of the six official languages of the United Nations.

To place order for Russian Language Translation In Dubai, Please click on the button.